It’s always embarrassing when a club has to go back to a player they once discarded. Chelsea, though, have made a bit of a specialty of doing so. The Blues have in the past signed back several players they either sold or let go as a youngster. One player who fits that mould is Declan Rice. Rice came through the Blues ranks, and is a boyhood Chelsea supporter. Now, a return to Stamford Bridge could take place.

The Blues want to bring him in for the start of next season, and that could become much easier if West Ham United are relegated. Seen as a key part of their team today, a relegation would mean an almost certain exit from East London for Rice. A return to Chelsea, where he could help out in both central defence and midfield, would make plenty of sense for all parties involved.

Released at just 14, a return to Chelsea to play where he always intended would make a lot of sense. Chelsea are finally using their academy to build a young team of British-based stars, with a smattering of high-class imports offering what they cannot. It was always the aim for Chelsea, but Frank Lampard has helped to make it a genuine reality.

Now, we could see Chelsea bring in another former Stamford Bridge youth player to further bolster their ranks. At 21, the time for a move for Rice might be coming up. 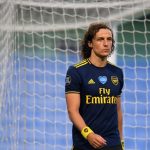 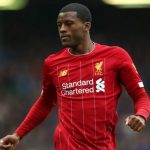