In the NHL, winning the Hart Trophy is a sure sign that you have had a stellar season. Players from all across the sport dream of lifting the title. However, most years, it is a close-run thing; several names will be put forward as the top player of the year. This season, though, there has been a unanimous choice: Connor McDavid. The Edmonton Oilers star has won his second Hart Trophy, and in doing so becomes the second player in history – after Wayne Gretzky – to win the MVP honours with unanimous voting.

McDavid enjoyed a wonderful personal season, albeit at the cost of team success. Hoping to see more team success than personal growth, McDavid will need to feel satisfied knowing that his own season was one that everyone noticed. The Captain of the team, too, he made one thing clear: he wished he was still playing in the Stanley Cup.

Speaking about the chance to win the title, McDavid said: “We had a special group this year, and obviously we didn’t do what we wanted to do,” referring to the fact that his team crashed out in disappointing fashion to the Winnipeg Jets in the first round of the playoffs, leading to major organisational change.

He further spoke on the topic, saying that he was optimistic about the future, adding: “But it was still so fun to be a part of, and get the fans of Edmonton excited again for what’s to come. We had so many guys take the next step, and I’m just part of that. If we’re all continuing to do that, we’re going to go and do some special things in this league.”

Was McDavid the right choice for the 2021 Hart Trophy?

Without doubt. When you become one of just two players in the history of the NHL to be given unanimous Hart Trophy voting, you know you have done well. He is the first since Gretzky to do so, and he achieved this back in 1982. All 100 first-place votes went to McDavid, showing just how dominant he was on the ice – even if his team itself was not able to live up to the hype and keep up with the pace.

At just 24, McDavid has a likely long career of success ahead of him. He also won the Ted Lindsay Award, which is voted by NHL players and is another prestigious post-season award. Still, you could see clearly that the competitive edge in McDavid ensured that he simply would have rather given up all the individual accolades if it gave him a shot at winning the Stanley Cup.

Given he plays for one of the most storied franchises in the NHL, it will be intriguing to see how long McDavid sticks around. His top quality level of play is not really matched by the rest of the organisation; with the best player in the NHL on their roster, it is a priority for the Oilers to build something that encourages McDavid to stay put. 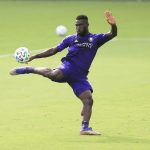 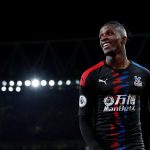