Evander Kane set to sign and play for Edmonton Oilers

Trades and transfers happen all the time within the NHL, but some trades seem to come with a bit more hype than others. One name that has been a constant source of gossip within the NHL has been that of Evander Kane. The player was recently under investigation for a cross-border trip during the holiday period.

The investigation, though, is now complete and Kane has been cleared of the charges. Indeed, with a declaration of insufficient evidence, it looks like the case against Kane has finally come to an abrupt end.

Just as well, too, for the Edmonton Oilers; they have just completed the signing of the player. As an unrestricted free agent, Kane was able to pick his next destination at his own choosing. He has since chosen to go to Edmonton. Kane has a controversial history within the league and off the ice, with various personal and legal issues rising up that have even at times gotten team mates in hot water.

Add in the confusion over his overall fit with the Oilers and his ability to mix into their team chemistry, and this is almost certainly an intriguing trade to take place.

Kane has long been seen as one of the most controversial talents within the NHL, but his own ability to contribute on the ice when fit and ready cannot be disputed. However, some Oilers fans have been audible in their protest about the decision to sign Kane. A challenging legal history means that some fans simply find it hard to take to the player – though it has to be said that, in sports fandom, it only takes a good performance or two on the court, or ice, to make some fans look the other way.

Other fans, though, aren’t won over quite so easily.

McDavid and other stars in favour of Kane deal

One of the reports around the signing, though, suggests that Kane arriving was given the blessing of team stars like Connor McDavid. There will be obvious discussions about how much on the ice impact really matters when you are signing a player who might be a poor fit from a personal standpoint. However, most players simply want to win titles and lift trophies – this is why personal matters tend to come second when it comes to determining the fit of a player in terms of their personality or their mindset.

The arrival of Kane adds even more depth to the team, giving McDavid another star to play alongside. That can only be a good thing for the Oilers on the ice, as they look to finally build a team that can properly compete for the championship and bring it home. It cannot be avoided, though, that some fans will simply feel uneasy about the arrival of such a controversial character into the locker room.

Fans, though, might simply wish to wait and see how Kane – the player and the person – settles into a new environment from both a competitive and a personal standpoint. 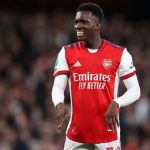 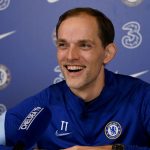